Thermoalkaliphilic actinomycetes enzymes have many important applications in many industrial, biotechnological and environmental aspects. So, the current study aimed to obtain the thermoalkali-enzymes producing actinomycetes. A novel thermoalkaliphilic actinomycete strain was isolated from Egyptian Siwa oasis and identified according to its morphological, physiological and biochemical characters as Thermoflavimicrobium dichotomicum. And then confirmed by phylogenetic analysis and the partial sequence was deposited in GenBank under accession number of KR011193 and name of Thermoflavimicrobium dichotomicum HwSw11. It could produce amylase, cellulase, lipase, pectinase and proteinase enzymes. Also, this strain exhibited anti-bacterial activities against P. aeruginosa and E. coli with inhibition zones of 14 and 20 mm, respectively. Consequently, it has antifungal activity against A. niger, A. flavus and Penicillium notatum with inhibition zones of 17, 14 and 14 mm, respectively. For that, it may be concluded that Thermoflavimicrobium dichotomicum HwSw11 as a novel thermoalkaliphile has a wide range of biological activities against a broad spectrum of pathogenic bacteria and fungi, in addition to produce many enzymes (amylase, cellulase, lipase, pectinase and proteinase). So, this isolate could be applied as manufactory for many industrial, biotechnological and environmental sectors.

Cite our papers (to open, right click/open in a new tab) 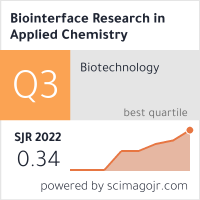